Help stop the barbaric seal hunt in Namibia by refusing to visit the country until the hunt’s abolition – and let the Namibian government know!

This year once more saw the continuation of the Namibian seal hunt, a brutal and cruel annual event that is now the only one of its kind left in the Southern hemisphere. Tens of thousands of cape fur seal pups- less than a year old- are clubbed to death and their skins sold on the international fur markets.

Starting in 1 July, with a quota of around 80,000 pups and 6,000 adult males, the Namibian government ignored the increasing domestic and international opposition to the hunt. The pups are killed at a time when they are still talking milk from their mothers, when the bond between parent and sibling is so high. The adult seals will be shot, mostly to supply an obscene demand for seal penises.

The slaughter is widely considered to be the one of the most brutal in the world and is considered by scientists to be ‘horrendously cruel.’

Pups, bulls and cows will be surrounded and kept away from the safety of the sea. Men with clubs move in and the seals desperately try to escape. The terrified pups will be rounded up, separated from their mothers and be beaten to death. Often the first blow to the head does not kill then, requiring multiple bludgeoning with pick handles. Terrified, they often vomit up their last meal of milk from their mother.

Follow this link to see footage of the brutal reality of the hunt here – WARNING: IT IS DISTRESSING 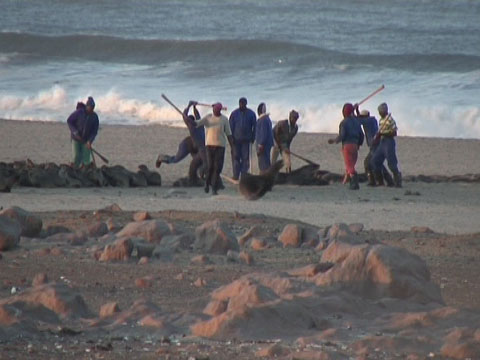 The Namibian government plays up its wildlife riches when it comes to the (economically vital) eco-tourism industry and watching seals off the Namibian coast is a key element of this. The continued existence of the seal slaughter is incompatible with this type of tourism.

Respect for Animals has witnessed the tourist beaches closed very early in the morning whilst the slaughter takes place, only for tourists to be taken to see the seals on the same beaches later in the day. The tourists are unaware that the seals they are watching may be brutally clubbed to death the next morning.

In 2011, Respect for Animals co-commissioned a report entitled, ‘The economics of seal hunting and seal watching in Namibia’. The authoritative report, research and written by respected economists, found that the economic argument for the hunt (put up by those profiting from it including the Namibian government) was without foundation: revenue gained from tourists travelling to Namibia for seal watching far outweighed the revenue from the hunt. Seal fur demand has dropped due to successful campaigns by organisations including Respect for Animals to get an EU ban on seal imports, and any economic value derived from seal hunting is restricted to a narrow group of Namibians and foreign interests.

In contrast, the seal watching brings economic benefits to many different parts of Namibian society.

It is clear that seal watching, as part of the country’s expanding tourism industry, represents the more prosperous economic future for Namibia. As the report declares: ‘In contrast to seal hunting, the seal watching appears to have much greater prospect for [economic] growth in Namibia.’

To underline this point, please sign your name below to pledge not to visit Namibia whilst the hunt continues.

We will send the letter and pledge soon and will keep you updated about how your pledge has helped the seals.

Please join the campaign and pass on this information to others you know who would be interested in helping. 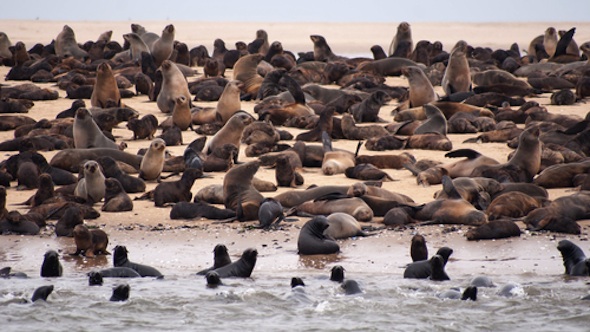 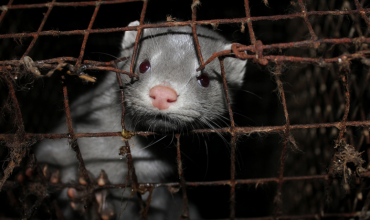